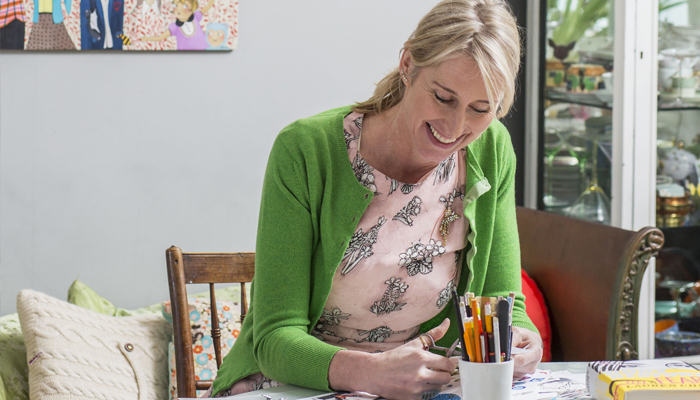 As Lauren Child celebrates the 15th anniversary of Charlie and Lola, she talks to us about her own childhood

If anyone was born to become a children’s author and illustrator, it was Lauren Child. Her uncanny ability to convincingly convey the thought processes, malapropisms and innocent wonder of the very young means that her characters have a cross-generational appeal. Children love her books because they can truly empathise with the characters; parents love them because they are so sagely observed. Her illustrations, too, with their exaggerated proportions, wide-set eyes and use of collage also have a childish appeal. And then, of course, there is her surname…

Child, 48, is the author of more than 30 children’s books that have sold more than seven million copies worldwide. In 2010 she was awarded an MBE for services to literature. She is probably most widely known for the Charlie and Lola series, but her books include the Clarice Bean series, I Want a Pet, That Pesky Rat, Hubert Horatio Bartle Bobton-Trent, a beautiful version of The Princess and the Pea, a new edition of Pippi Longstocking and the hugely popular Ruby Redfort series, a spin-off from Clarice Bean. This summer, Child marks Charlie and Lola’s 15th anniversary with her first retrospective. The exhibition, at the National Trust’s idyllic country house estate Mottisfont in Hampshire, will feature 50 original artworks from Child’s personal collection, many of which have never been seen before.
The middle of three girls, Child grew up in Wiltshire where her father led the art department at Marlborough College and her mother was a primary school teacher. She believes birth order profoundly affected her.

“One of the reasons I wrote my picture book, The New Small Person, was because of the memory of having a younger sibling. It felt like everything changed because I didn’t have a position,” she says.
“You’re constantly being told that you’re not allowed to stay up because you’re not the oldest and you don’t get things first. But you’re not the youngest. I have friends who are very concerned about their middle child.”

Child lacked confidence in herself, but says, “Luckily for me I did have confidence in my drawing, not because I thought I was marvellous, but I was told by my father that I was good at it – and he told me enough times that I believed him, my mother, too.” 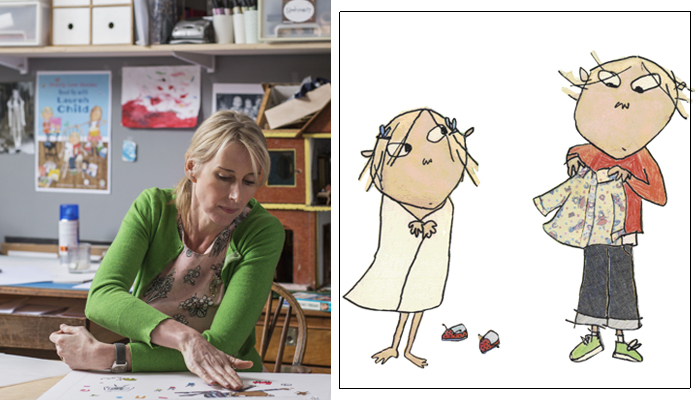 Does she think that it’s important for children’s self-esteem to praise them? “I don’t think it’s about being praised constantly, but I think having somebody who is incredibly encouraging about my drawing and my ideas was really powerful. I always felt like I was wrong, and I think children need to know that they are cherished no matter what.”

This inner conflict led Child through a somewhat desultory early adulthood. She left art college in Manchester after a year, was left disappointed by a City and Guilds mixed media course and drifted from job to job living hand-to-mouth in London. She painted dots in some of Damien Hirst’s famous spot paintings, made furniture, decorated china, dressed windows at Harvey Nichols and set up a lampshade company called, rather fabulously, Chandeliers For The People. It sounds suitably bohemian but, she has said, she felt “terribly lost”. Child persevered until she eventually developed the idea for Clarice Bean. Clarice was initially intended to be a marketing vehicle for the children’s products Child hoped to design, but in fact the character began Child’s literary career. Clarice Bean, That’s Me found a publisher after four years and was followed by two more picture books and three short novels about the feisty third child in a slightly bonkers family.

In 2000, Child published her first book about the ever patient Charlie and his endlessly inquisitive sister, Lola, the wonderfully titled I Will Not Ever Never Eat a Tomato. The book was an immediate hit and was awarded the prestigious Kate Greenaway Medal. It spawned a BAFTA-award-winning television series, now in its 10th year, of which Child is an associate producer.

In 2012, Child became a mother herself when she and her partner, the criminal barrister Adrian Darbishire, adopted a two-year-old girl from Mongolia, called Tuesday. They live in north London and Tuesday is now five and a constant source of inspiration. 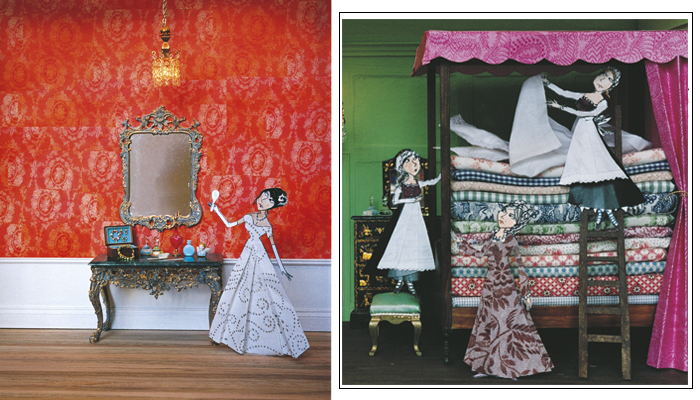 “She has given me lots of other ideas but I’ve realised that she’s much more exaggerated in her speech patterns, and what she thinks about, than anything I’ve ever written about,” she says. “You couldn’t really write exactly as [children] speak and think because it would just become too crazy to read. But it’s ever so nice to hear, I love listening to her.”

Child’s books demonstrate a great deal of empathy with children. Does she think parents expect too much from their children? “I think sometimes we underestimate them more than anything,” she says. “[Children] take in everything, so even if they don’t necessarily understand what’s being said, they understand the atmosphere. I think it’s better to explain and include them in things. That’s what I’ve always been very aware of when writing my books, hoping that they’re not patronising and that they understand adults, too. When I write Clarice Bean, I want readers to understand that parents have a hard job as well as children. You don’t always know what you’re doing.” Never a truer word was said.

The Art of Lauren Child: Adventures with Charlie, Lola and Friends exhibition runs from 18 July to 6 September,  11am to 5pm at Mottisfont, Hampshire. There are themed activity weekends on 18 and 19 July, 8 and 9 August, 22 and 23 August. Lauren Child will make a personal appearance on Saturday 18 July (11am and 2pm), to read and sign books. For more information go online at: nationaltrust.org.uk/mottisfont or call 01794 340757.