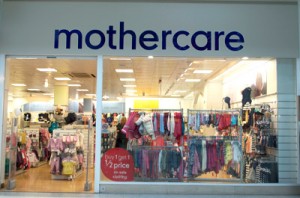 Stories today suggest that supermarket chain Tesco is considering making a bid to purchase the nursery retailer chain Mothercare, whose shares have been boosted by 4% at the news.

The Sunday Times reported that Tesco considered buying Mothercare six months ago but did not go ahead. It now seems to be considering the deal again as an attempt to boost its UK retail business. The nursery retailer had reported falling profits last year due to a squeeze in its market share and heavy discounting.

However, some analysts believe that Tesco is more interested in Mothercare taking space in its retail outlets. It has been diversifying recently, buying the coffee shop Harris + Hoole and the Giraffe chain.

The news follows the acquisition in 2011 of the Kiddicare nursery stores business by supermarket chain Morrisons, which has seen significant investment in that baby business and new stores opening around the country.

The news would appear to be more doom and gloom for the independent nursery sector, who have found it increasingly hard to maintain their profits against the large nursery retailers.