Amy Elston, life coach and hypnotherapist at Where Is Your Mind? shares stories of new mums seeking help after suffering with long-Covid symptoms and the benefits of life coaching.

Over the past few months there has been a huge rise in people, in particular women of child-bearing age who have been suffering silently with long-covid symptoms. They have recently started speaking up about it in the media. Life coach and hypnotherapist, Amy Elston, from Where is Your Mind? Transformational Coaching, specialises in helping mums tackle these issues.

Amy explains that “over the past 12 months I have seen a huge rise in my mum clients who have been seen by their GP with symptoms such as fatigue, brain fog, memory loss, anxiety, depression, unexplained pain in their joints and muscles, prolonged coughs, shortness of breath, headaches and migraines, loss of taste and smell (…to name a few).”

Many women have been told that it is an extreme reaction known as viral fatigue which can be common after catching viruses. It is still unclear why women of this age group are most affected, but it may be due to their unique immune response to Covid-19.

What is becoming increasingly shocking however is how debilitating these symptoms have become to women physically and emotionally.  The impact this has had on their family life and the knock-on effect on their careers and businesses – many have had no access to any professional support system.

One mum, aged 34 years old, came to Amy’s office on the King’s Road in Chelsea after she has been diagnosed with covid-19 10 prior.  She had experienced the classic symptoms, such as a very bad cough, fever, tiredness and muscle aches. She said that while she felt fairly unwell, she was not hospitalised and continued to care for her four young children very much alone.  After 8 weeks her cough finally subsided, but nearly a year later she still had not recovered her sense of taste, she had migraines which she never had before and while before she had Covid she had been running marathons, she could now barely walk the 10-minute school run without experiencing breathlessness and pain in her legs.

These ‘long-Covid’ symptoms were causing her anxiety and created a fear of leaving the house, so she was forced to take leave from work.  Her relationship with her husband became increasingly difficult as he was having to take over most of the childcare and household duties. She describes her feelings as; frustrating, debilitating and depressing.  She was experiencing extreme guilt because she was no longer able to take her kids out for walks in the park and started to become too tired to leave the house.  She lost her job because she felt she didn’t have the energy to go in anymore.  Eventually she decided to reach out to Amy for help.

After an initial consultation the pair pinpointed the main issues to work on, which included pain management, anxiety and letting go of guilt. Through Hypnotherapy, Amy’s client was able to learn how to effectively recognize the unpleasant symptoms and find effective coping methods. The anxiety and guilt had been causing her insomnia and a lack of appetite. Once they managed to tackle these areas through targeted life coaching practices, she was also able to use meditation to help her sleep better, which also then resulted in her physical symptoms starting to improve. Her appetite improved and then they worked on building her immune system and strength through nutritional balance and a gentle exercise plan. After four sessions Amy’s client felt able to start looking for work again and after eight sessions gave the following testimonial: “I have my life back!!  I cannot explain how I felt like a prisoner trapped in my body, I now have cleared my mind and learnt how to cope when I’m not feeling 100% and its now become an automatic response to any set back I face. I have come to terms with the fact I cannot just get up and run a marathon, but I have a clear plan now and a positive outlook so I know it will happen again when I’m able to.  It is not just the transformation in myself that’s improved but my kids and husband notice it too and I feel like a mum and wife again!!”.

Other mums who have visited the office have faced similar problems.  As a result, guided support groups have been set up amongst others who have felt similar.  One mum said: “just speaking up and knowing I’m not alone in this has helped me enormously.”

If you or someone you know has been experiencing any of the issues raised here and would like to seek help you can easily book an online appointment or visit the Where Is Your Mind? Chelsea-based office.  Their unique coaching and hypnotherapy services combined have been helping mums create the much-needed harmony, happiness and balance in their family life, nationwide. The Where Is Your Mind? method combines weekly 1:1 sessions of coaching and hypnotherapy, plus app based support throughout the week, with individualised exercises and on-demand messaging. 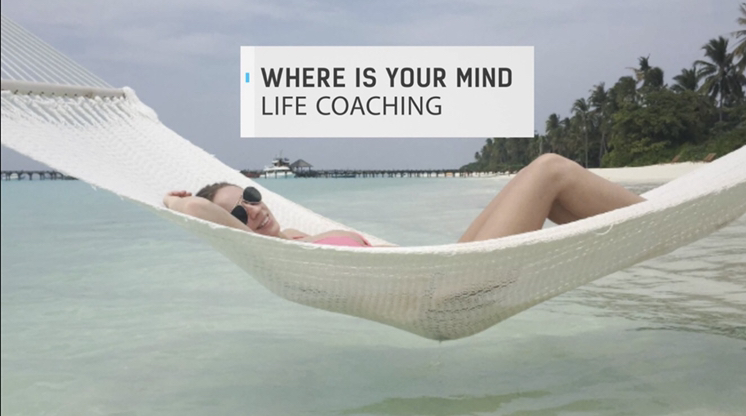 Amy’s 8 week program starts at £1200 but there is also the opportunity to book individual and on-going appointments for £150 per session. To book an appointment, visit www.whereisyourmind.info, and follow Amy on Facebook and Instagram