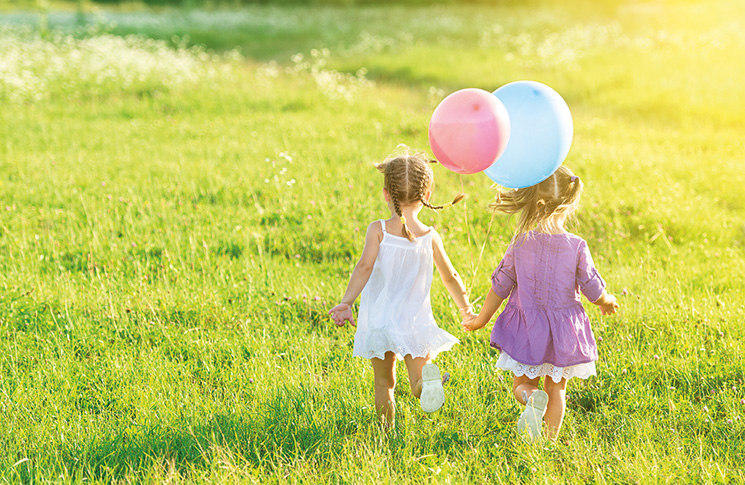 How can we help our children navigate the rollercoaster of playground friendships? Georgina Blaskey explains

Even as young as nursery age we may see the first seeds of friendship sown by our children; the simplest pastime, such as a love of Lego or cooking in the toy kitchen, can bind two toddlers together. As parents, we have a role to play in equipping them to understand the importance of connections and cope with disappointment. It’s a journey you can help them with, if you know what to expect.

The stages of friendship

According to psychologist Robert Selman, there are five key stages to understanding children’s friendships:

For these children, their friendships are all about having fun. Their friends are kids who like to do the same things they like to do. Children at this stage have limited ability to see other perspectives, so they may get very upset to find out a playmate has a different opinion. This age group like the idea of having friends, and they definitely have preferences for some people over others, but they’re not so good at being reliable friends.

At this stage, children understand that friendship goes beyond whatever their current activity is, but they define friends as children who do nice things for them, such as sharing a snack, though they don’t really think about what they themselves contribute to the friendship. Children at this level care a lot about friendships, and may even end up with someone just so they have a friend. They also may try to use friendship to barter, saying things like, ‘I’ll be your friend if you do this.’

Six to 12 year olds are very concerned about fairness, but they think about this in a rigid way. So, if they do something nice for a friend, they expect that friend to do something nice back. If this doesn’t happen, the friendship is likely to break down. Children at this stage are very judgmental – of themselves and others. They evaluate themselves brutally, the way they think other people do. For example, they may say, ‘No one will like me because of my horrible jeans!’

At this stage, friends start sharing secrets and solving problems. They genuinely do kind things for each other because they care about one another’s happiness. For some, this is also the ‘Joined at the Hip’ stage. Girls, more often than boys, may be best friends and expect each other to do everything together. They feel deeply betrayed if a best friend favours someone else.

At this stage, a high value is placed on emotional closeness with friends. They accept and even appreciate one another’s differences. They’re also not as possessive, so they’re less likely to feel threatened if their friends have other close friendships. These friendships will remain strong even through separations.

Occasionally, parental guidance may be about supporting them when it’s time to let a friendship go. When and how to do this is a skill many of us struggle to master in our own lives, so how do we pass on the wisdom we have acquired without interfering (which is the undisputed rule of parenting: thou shalt not barge in and try to make everything OK)? Once children start primary school and independently choose their friends, all bets are off. Suddenly their nursery slide buddy is on the football team and your child has been ditched because he prefers choir. While these shifts can be challenging for a child to understand, it’s also an opportunity to find new friends, but how? Research* has shown that direct interventions work best. When researchers randomly assigned some primary school kids to perform three acts of kindness each week, those kids became more popular than the children in a control group. Equally if children learn to understand the thoughts and feelings of other people, they are more likely to be accepted by their peers; as time passes, the links between popularity and interpersonal skills – such as empathy and moral reasoning – become even stronger**.

Finding peers to have fun with is the key to a balanced friendship. If your child can trust her friend and feel good about herself, she’ll be less likely to be exploited and more likely to benefit from the relationship, be it through intellectual stimulation or social status. To encourage positive friendship goals, teach your child empathy, the art of conversation, a willingness to take turns and share, and the value of offering help when needed is crucial.

For those who struggle to make friends, create a non-competitive environment for a play date – avoid games that may provoke conflict and focus on an activity where the children are working towards a common goal, such as building a den.

There will be bumps in the road, but informing, listening to and supporting your child, with an understanding of how they are thinking at certain ages, will lead them to develop fulfilling friendships that last.