World Book Day 2022 is just around the corner, so to celebrate we’ve rounded up some all-time favourite and new releases for a handy guide to some of the best children’s books. 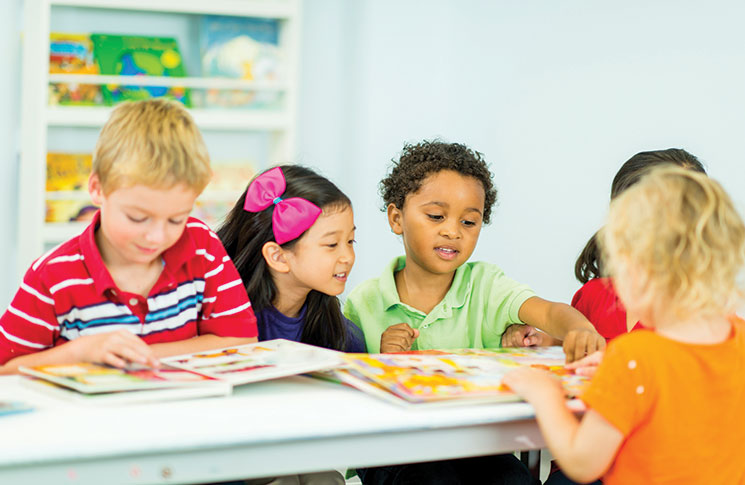 Designated by UNESCO as a worldwide celebration of books and reading, World Book Day is a charity celebrated every year in schools and homes across the globe. Kids in the UK receive tokens, with many books slashed to special prices. This year World Book Day falls on Thursday 3rd March 2022 and ‘You Are A Reader’ is the theme for 2022.

It’s no secret that we love a good book, so we feel it’s apt to celebrate World Book Day by sharing some of the the much-loved children’s books, from classics to new releases,  which are adored by little readers today.

The Wind in the Willows by Kenneth Grahame

The Wind in the Willows focuses on four anthropomorphised animals: Mole, Rat, Toad, and Badger who live in a pastoral version of Edwardian England. Toad’s latest obsession with motor cars – the faster the better – threaten to lead him to disaster and it is up to Toad’s good friends Mole, Ratty and Badger to get him under control. Can they save Toad from prison, and his home Toad Hall from the wicked Weasels and Stoats? A classic which has been created into TV, film and theatre, its characters are much-loved by children around the world.

The Wind in the Willows by Kenneth Grahame, £6.99

In this beloved modern classic, young Sophie Hatter from the land of Ingary catches the unwelcome attention of the Witch of the Waste and is put under a spell. Deciding she has nothing more to lose, Sophie makes her way to the moving castle that hovers on the hills above her town, Market Chipping. But the castle belongs to the dreaded Wizard Howl, whose appetite, they say, is satisfied only by the souls of young girls. Sophie’s entanglements with Calcifer, Howl and Michael and her quest to break her curse come alive with Diana Wynne Jones’s unique combination of magic, humour and imagination.

Once there was a velveteen rabbit who longed to be Real. He was owned by a boy who loved him more and more every day, even when the rabbit’s velveteen coat grew old and shabby and worn. Then one day something magical happened, and the rabbit’s wish began to come true. The Velveteen Rabbit is an all-time favourite classic which has delighted generations of children.

Alice in Wonderland tells the story of heroine Alice’s collected adventures in the blazingly surreal Wonderland. Populated by a cast of unforgettable characters from the White Rabbit to the Queen of Hearts, as well as an addictive internal logic all their own, Carroll’s remarkable works fizz with imagination and invention.

One of Roald Dahl’s most-loved books, which has been created into several films, follows the story of Charlie who wins a Golden Ticket to Willy Wonka’s chocolate factory with his grandad. The book introduces Willy Wonka and his spectacular confectionary business alongside an unforgettable array of grotesque characters, jaw-dropping inventions and some unexpectedly tender-hearted moments.

Winnie-the-Pooh by A. A. Milne

This true children’s classic, with iconic illustrations by E.H.Shepard, follows Winnie-the-Pooh and his friends Piglet, Eeyore and, of course, Christopher Robin. In this story Pooh gets into a tight place, nearly catches a Woozle and heads off on an ‘expotition’ to the North Pole with the other animals. Heart-warming and funny, Milne’s masterpiece reflects the power of a child’s imagination like no other.

When Mary Lennox is sent to Misselthwaite Manor to live with her uncle everybody says she is the most disagreeable-looking child ever seen. It is true, too; Mary is pale, spoilt and quite contrary, but she is also horribly lonely. Then one day she hears about a garden in the grounds of the Manor that has been kept locked and hidden for years. And when a friendly robin helps Mary find the key, she discovers the most magical place anyone could imagine. A true classic that’s a magical read for adults, too.

Allan Ahlberg’s best-selling classic picture book, Cops and Robbers, tells the story of the robbers in London town who plan a desperate crime one Christmas Eve – to steal all the toys they can lay their hands on! Fortunately, the robbers meet their match in brave officer Pugh who leaps into action and arrests the villains – all expect Grandma Swagg who manages to get away. Featuring funny illustrations and simple rhymes, it’s a great book to get kids reading and more importantly, enjoying it.

Watership Down by Richard Adams

A bestseller for over forty years, Richard Adams’ spellbinding classic Watership Down is one of the best-loved novels of all time. Set in the beautiful English countryside of the Berkshire Downs, a once idyllic rural landscape, this stirring tale of adventure, courage and survival follows a band of very special rabbits fleeing the destruction of their home by a developer. Led by a stout-hearted pair of brothers, they leave the safety of Sandleford Warren in search of a safe haven and a mysterious promised land, skirting danger at every turn.

Watership Down by Richard Adams, £8.99

The Witches by Roald Dahl

Featuring Quentin Blake’s inimitable artwork, The Witches by Roald Dahl is the story of a detestable breed of witches. Beware – real witches dress in ordinary clothes and look like ordinary women, but they are not ordinary. They are always plotting and scheming with murderous, bloodthirsty thoughts – and they hate children. The Grand High Witch hates children most of all and plans to make every single one of them disappear. Only one boy and his grandmother can stop her, but if their plan fails the Grand High Witch will frizzle them like fritters, and then what…? Dahl’s style of writing is as unique as it is wonderful, creating new words and interesting similes that will excite and enthral little minds – a must read for children and adults alike.

The stories of Milly-Molly-Mandy and her friends have charmed generations of children since their first publication in 1925. Perfect for reading aloud, these twenty-one stories will bring back happy memories for parents and grandparents and introduce younger readers to an enduringly popular heroine and her friends little-friend-Susan and Billy Blunt. Gloriously illustrated with the author’s original line drawings and with a foreword by Shirley Hughes, this beautiful hardback edition of Joyce Lankester Brisley’s The Milly-Molly-Mandy Storybook is a truly special gift to treasure.

This gorgeous storybook is full of snapshots of family life, from breakfast to bedtime and from birthdays to walks in the park. All small children will be able to identify with Alfie and Annie Rose, two hugely appealing pre-schoolers who are constantly tackling new experiences and making new friends.